Back to Work for Mr Kippling 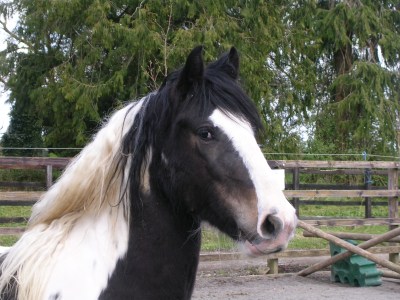 I have not been able to resist the urge to work in my halfway built round pen. It’s certainly not ideal, but it is more then I have had for my own use since I stopped leasing facilities (years..). Today I had the most fun I have had in a very long time. 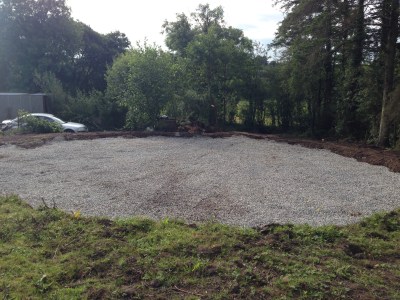 I love working with you all, and helping you find your way with your horses, it is fun in its own way. But it is not the same as working with my own horse, Mr. Kippling.

When I stopped leasing facilities, I pretty much put Mr. Kippling into retirement. We had gone quite far through the Parelli system, but at the time, I was struggling with some of my Liberty work with him.

It has been a long time. I had a baby, took time away from training, then came back and have been very busy traveling to clients. My skills are far more advanced then they were when I stopped working with him. Today I had sooo much fun picking up where I left off.

Previously I had struggled with my circles at liberty. Not round penning, thats easy, but trotting and cantering around me at liberty. Today it all came so easy.

All this time with other horses, and I can see his flaws so much more clearly.

There is a lesson here for everyone, and it is the lesson of having full attention. Mr. Kippling can be a very excitable and easily distracted horse. He gets bored easily and finds distractions to make things more interesting. I used to find this very frustrating (which he loved) and the more frustrated I became, the more fun he had.

A problem I see all the time are counter bent circles. This is improper use of the circle, but more importantly it is a huge sign of a lack of attention. Mr. Kippling is just as guilty of this as any other horse. 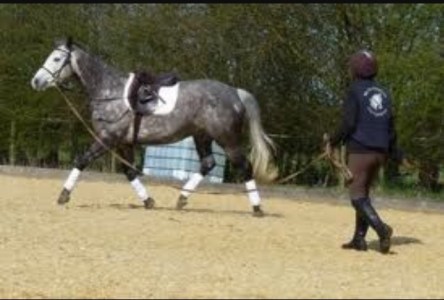 Kippling can fake attention really well. And this can be easy to miss online, but at liberty he has no reason to fake it. He can, and will, just run off. When I was preparing to pass liberty level 3 (when I cared), this was my problem. Of course I am no longer in the Parelli program, but the fact I couldn’t get him to do this really bothered me.

Months ago I picked up on a huge flaw in my previous parelli training, and that flaw was the lack of bending the horse around me and moving his shoulder over.

None of the 7 games or any of the subsequent off shoots of the 7 games replicate this movement (they sort of addressed this when they introduced “patterns”, particularly the “weave”) . It’s a huge flaw that glares at me when I work with Kippling (and other parelli horses). He was a parelli horse, almost exclusively.

At the time, when I struggled with the circles at liberty, all I had was disengagement of the hind end to get the 2 eyes. My skills were good back then, but no where near what they are now. I remember I kept trying to drive the butt out on the circle to get the bend/eyes, but keep him going forward. It never seemed to fix the problem. When the ropes came off, he would not stick to me at trot or canter. He’d just run off. Then I got pregnant and stopped working.

So now here I am again. Counter bent circle, lack of attention. Locked up shoulder almost preventing the proper bend, putting me in the centre. I can see now where he is going wrong, why he is in a position to run off.

If he is bent away, obviously he is in a position (physically) to run away. But also his attention is not on me. You can’t ask your horse to do anything if you don’t even have his attention. And he knows whats coming, so he is almost forcefully putting his attention elsewhere.

Moving the shoulders will do 2 things for him. It will make him look, because it’s new, and it will put me in the centre of the circle and his attention. But how to make this concept clear to him, since it is a new idea.

I struggled with this the last time I was working with him a few months ago. But I am beginning to realise how totally sucky my working area was. I’ve been in this pen twice now, once with Kip and once with Toffee, and the progress was astounding.

The forestry road on the hill by the side of the road was not conducive to good work. Can’t believe I spent as much time there as I did. Everything was a struggle there for some reason. But my mind drifts..

The shoulder. How to teach him. At the time I wasn’t analysing all of this, but writing it back gives me time to think about how and why.

I went for a sideways on the circle. Sideways is a concept he understands, pairing it with forward was a little confusing for him at first, but like teaching a horse anything, it’s a bit of a dance. Sideways, forwards, sideways, forwards, till it becomes clear, then sideways AND forward. (Again, the “patterns, circles” do this, but the “patterns” came out at about the time I gave up on parelli, but that’s a post of its own. If enough people ask, I just may write it!)

After a few circles he was getting it, side passing out while trotting on the circle both ways. Head still not totally bent in, as he was still fairly straight on the circle.

I managed to get him trotting around me, both ways, without holding the rope and without even thinking about running off. First full day back in work with me, and we conquered a problem I had really struggled with years ago.

It was a very happy, fun, exciting day. I see some very excellent things to come for me and Kippling.

As much as I love those first few days of training with someone and their horse, working at far more advanced tasks is a totally different kind of reward. I have big plans for both Toffee and Kippling, involving team liberty work. This is only the tip of the iceberg! 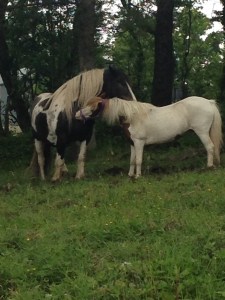