When I first came to Ireland, I found it strange that there wasn’t a round pen in every facility. Back home, everyone has a round pen. Even traditional show barns have round pens to keep the arena free from people lunging their horses.

It has been a bit of a challenge learning to work without a round pen, but I have adapted. I’ve become accustomed to working with clients in fields and gardens. I always say, as long as there is a flat area, I can work. Generally though, there are fences. Fences are handy. They make great safety nets when things start to go wrong.

I tend to depend on a fence with a horse that likes to pull and run. Ideally, if the horse has nothing to pull on, they eventually give up the habit. With a horse that pulls and runs, my general approach is to calmly continue asking for what I want, and drifting with them. Generally a horse only pulls and runs as an escape to “something” being asked of them. That “something” could be a variety of things, but once the trigger is found, it becomes an easy problem to work on. If there is a fence. 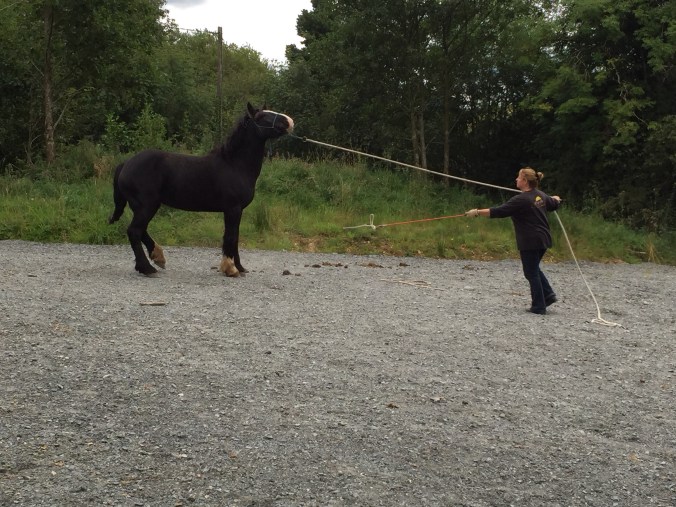 This brings me to Finn, and the real inspiration of this post. Finn likes to pull and run. If your riding him, its a dangerous situation, so its a problem I am fixing on the ground. I have found I can trigger the problem by quickly asking for a turn on the haunches from left to right on a circle. He resists, pulls back, and tries to bolt left. Essentially its a matter if him being extremly unconfident with switching eyes and having work done on the right. Like most horses, the left side has been done to death, and the right has been severely neglected.

To make this situation slightly more complicated, I am keeping Finn at my house. Here I have a stable, a small paddock on a fairly severe hill, and a very large and flat forestry road. No arena, no round pen.

I could have him in a yard with an arena and round pen, however, with the weather in Ireland, I get more work done if I can just look outside, and go do work when the weather suits.

We work on the forestry road, and there is no fence. None. If you look at any pictures of me with Finn, you will see no fence. You will however see a hedgerow that Finn has shown a desire to jump on more then one occasion, so it doesn’t really count!

The first few sessions I found extremely frustrating. I realised how dependent I was on that safety net for a horse with a tendency to pull, turn, and bolt.

After a few weeks of working, I am finding working without fencing to be a challenge I have grown to embrace. I can’t drift with him, he would have me down the road, so I have had to become even better.  I have had to work smarter and not harder.

I have begun using my stick a lot. I tend to be much handier with my ropes, and I find most clients don’t have a stick, so I don’t tend to use it as much as I used to. But with Finn, subtly has become very important, and I find the stick a bit less “pushy” then a twirling rope. I have also really had to focus on being clear on my directions, and very consistent with my body language. Subtly has become key. 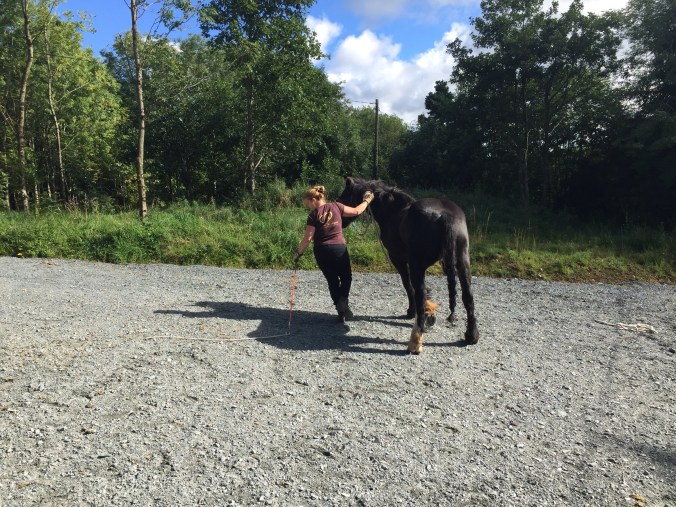 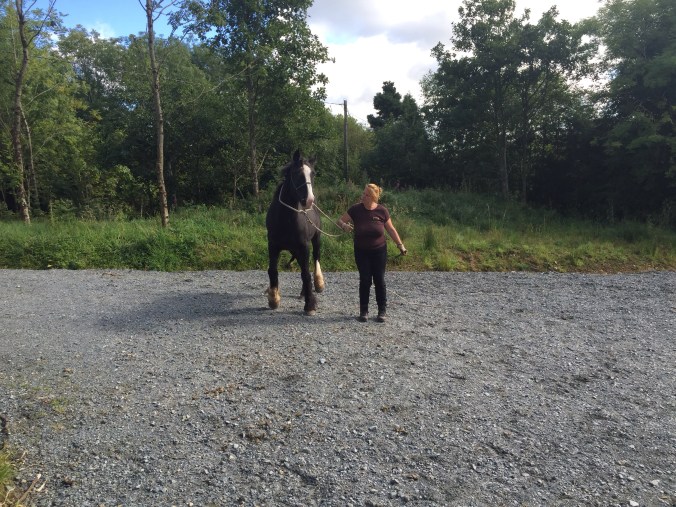 As for the running, I spent a couple sessions triggering the run, then disengaging and bringing him in after literally 1 step of “run”. He began to look to come in instead of run! My last post here talks about how I stopped the pulling.

After about 10 sessions without a pen, I have Finn doing basic work at liberty, and online work with very little pulling. He has not been round penned, and has had 0 work in an arena. Working without a fence has been a great challenge, and my horsemanship has grown because of it.

Ask yourself, what can you do to challenge your skills? It may just make you even better!

To view a video of Finn working at libery, visit my facebook page here!

How Natural Horsemanship Found Me