How Natural Horsemanship Found Me

I’m sure most people will find elements of their own story here. After 20 years of practicing natural horsemanship, I’ve seen it again and again. Here is my story. 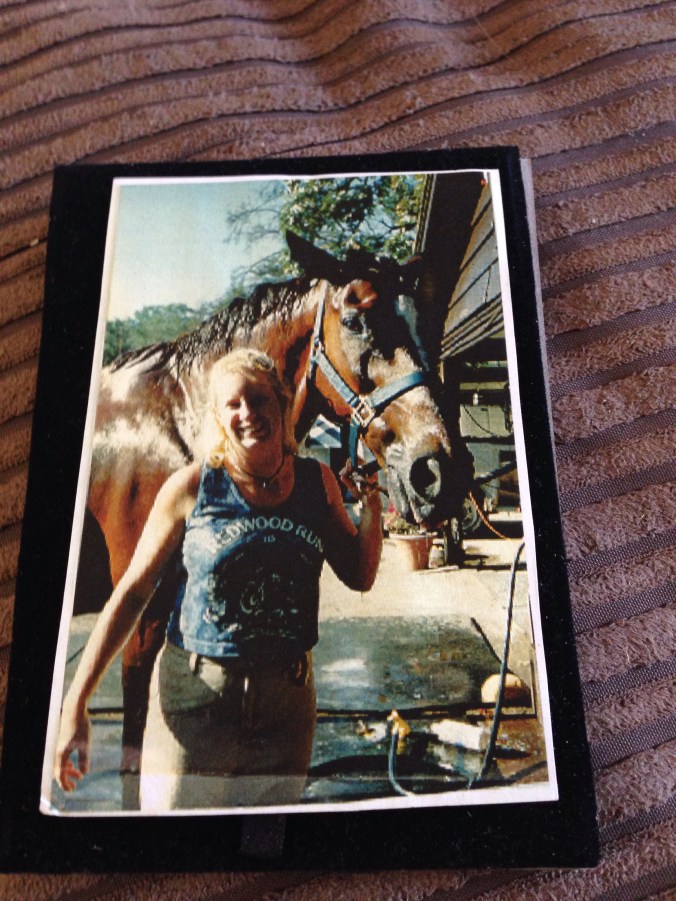 Growing up, I was the typical horse crazy girl. Unlike Ireland, where most families have a bit of land for a pony, I grew up in a beach town. Owning horses was not for everyone, and was an expensive hobby. My family did not have the means to provide me with a horse, so I made due, when ever and where ever possible.

Fast forward 6 years. At 20 I had a good job. I had spare cash. I went to the local show barn and enquired about a lease on a horse. What I got was a massive 17’2 hand ex-steeple chase horse. He was not suitable for me, and at that time I lacked a lot of experience. The trainer at the show barn was the typical know it all, not overly friendly type who prattled on about breeding and proper equitation.

Wanting to fit in, I began taking lessons. Things went ok, I started to learn how to jump. My horse, Shu, was very powerful and hard to handle.

I was instructed to buy a standing martingale and a full cheek double twisted copper wire snaffle. It sort of helped, a little bit.

The facility I was stabled at was top of the line, the best show barn in the county, that also bred working hunters. There was a jumping arena, a dressage arena, a road down to a cross country course, then loads of trails across a river.

One day I went for a trail ride with a very nice man and his 18hand cross country horse, Bucket. Coincidentally this was the same horse Christopher Reed was riding on the day of his accident. At one point on the trail, he cantered off to jump a log. Well so did Shu! I had been jumping maybe a week, and promptly fell off. And tore every ligament in my right ankle. And caught what I call “The Fear”.

Months of rehab later, still dedicated to seeing my horse every other day, on crutches, I was informed Shu was up for sale. Of course I bought him, the story could go no other way!

At the time, I was dating a cowboy, mule packing, farrier. He kept mentioning Parelli, he kept laughing, telling me my horse was putting it on, and I kept ignoring him. On his advice, reluctantly, I went to an evening of Parelli. This was a promotional video, and I went with other girls from the show barn. We laughed. We scoffed. We joked about the nature of the show ponies in the video, and we dismissed the whole thing. Its not proper. Its not for us.

Time went by, my horse became more and more dangerous. He began breaking away on the lunge and jumping the arena fence. My farrier boyfriend could ride him. My horse didn’t act up nearly so much for him. I began to wonder..

I became desperate. Again, urged to try Parelli, I gave in. I moved my horse to another show barn being run by 2 Parelli professionals. Sandy Parker and Rachael Rushlow. I honestly didn’t think they could help me.

But they did. Taking 3 private lessons a week, we learned. We gained trust and respect, and harmony. Slowly, “The Fear” began to disappear. Slowly, my horse began to become amazing. More time went by, and I embraced the program. This would have been around 1993, and information from the Parelli program was much more readily available.

I moved to Deborah Coopers ranch, an amazing horsewoman, and trained with her. Assisting with newly broke horses in her Sunday clinics.

That opened the door to natural horsemanship and the rest of the story can be found in my blog article About Me.

Unfortunately this story has a sad ending. As we prepared to pass level 1, which was WAY harder in the 90s, he got colic and died. Broke my heart. I’ll never forget that horse and how much he taught me. I owe my entire career to him.