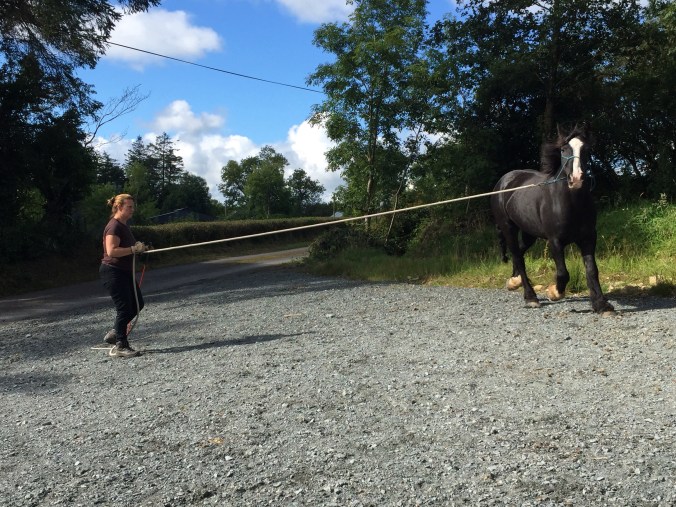 I have started writing about Finn, my recent project horse. Finn has no stop, no whoa, no off button when things go wrong.

The traditional fix to such a problem would probably involve tying him back for several days, changing to a stronger bit, probably something with leverage, such as a curb bit, getting a big strong rider, and using a standing martingale.

Now these mechanical devices may slow him down, but at the expense of destroying his natural gait and fantastic temperament. He will most likely travel with his back hollow, his neck broken below the pole, and will become sore and irritable. His gait will become ugly and choppy and in a panic, he may go so far as to flip himself over. Not a good situation for horse or rider.

This problem is most certainly fixable, but is going to require time, patience, and a bit of cleverness on my part. There has already been some trial and error while I work out how far back into his training I have to go.

I first attempted to long rein him in his bridle (I generally use a snaffle with a smooth lozenge in the middle). This went pretty poorly, and I dropped that plan within 5 minutes. His whoa was clearly quite broken.

Im always of the mindset to work smarter not harder, and I say time and again, if you spend more then 5-10 minutes on something and its not improving, stop. Have a rethink, try to go about it a different way, or go back to something you and your horse can be successful at, finish on a good note. Work smarter, not harder.

I spent a few days on the basics of follow the feel, trying to get him to understand his job, and on a 12ft rope, he was doing well. Basic stuff, but an improvement. We also did a lot of forward and backward, because really, a stop is just backwards with a pause.

I then made a second attempt at long reining in the rope halter, trying to break the association with the bit and bridle. Definitely better, but he really wasn’t ready.

The last few days he’s done very well. I changed tactics a bit, and decided to go back to basics. Really long reining would be a bit advanced for an unbroken horse, and currently thats how I’m approaching this. 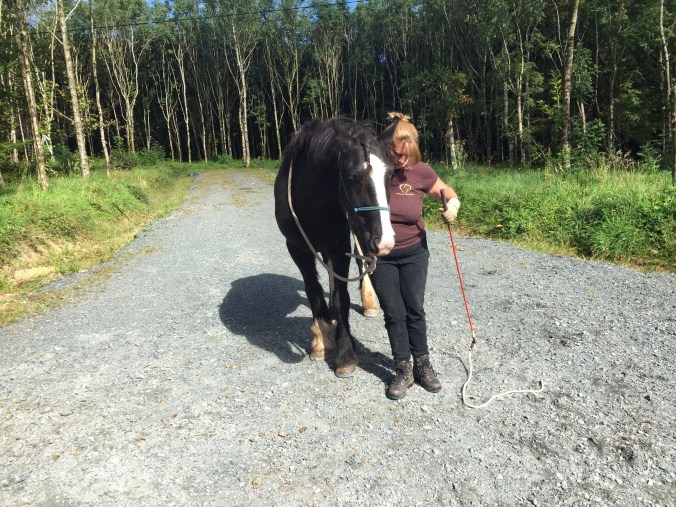 We spent a day doing stick to me, moving forward and back, and doing turns to the inside. And bingo, something clicked for him, and he started getting lighter.

Today we did advanced stick to me with turns around and away from me, and holding his mane instead of keeping distance with the rope. Bingo again, I started getting flexion around me. I also started seeing his eye watching me during the turns instead of being focused ahead. 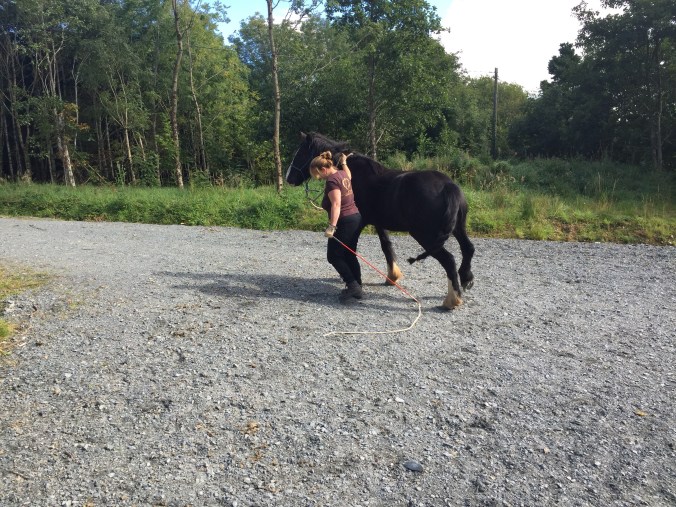 Great work, he was chewing like he had bubble gum in his mouth! I think were on the right track, I just had to go further back into foundation work then I had initially hoped. At the end of his session today he was sooo light! Turning on his haunches and cantering on the circle with very little pull. 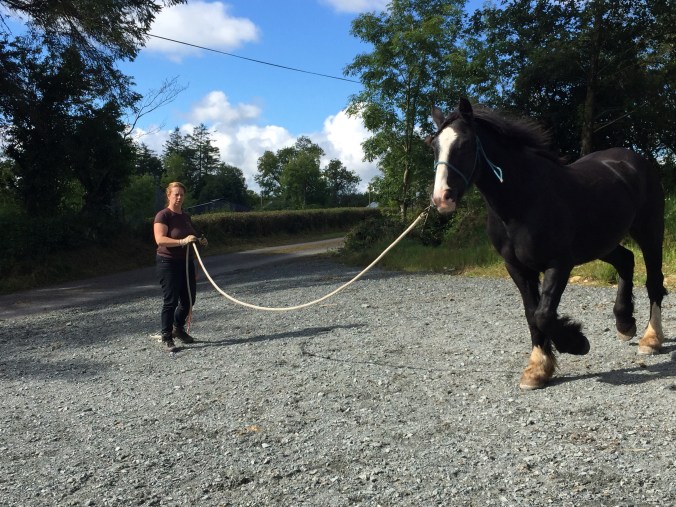 There is hope yet!