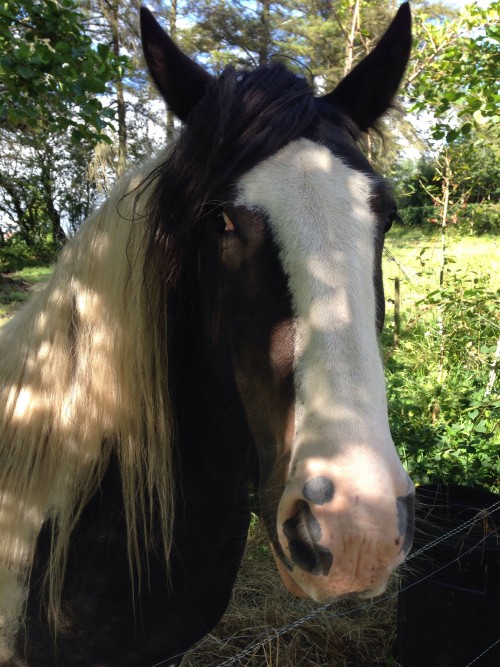 Im so fortunate to have the opportunity to work with so many horses. I find I am always learning, and glad of it!

I was working with my horse, Mr Kippling today and found some of the recent lessons I had been giving echoing in my head. I am always talking about the importance of being precise with your horse. It may not matter much to us, but it means an awful lot to them.

I have recently acquired a new horse, Finn. Finn is a lovely big cob, with a handful of issues, but that’s another post!

Mr. Kippling has grown very fond of Finn. While working today, Mr. Kippling was being very obedient, as usual, but not really paying attention. I have had Mr. Kippling for almost 8 years, and he is a very well trained horse, however he is also a bit of a messer, and really needs constant stimulation to maintain the “desire” to progress in his learning.

I realized today, although being totally obedient, and to the untrained eye, doing absolutely everything I was asking, politely and with lightness, he was paying very little attention. His attention was firmly on Finn in the stable. He knows his job so well, he can check out mentally, and still do it! I Think sometimes he is so obedient that I also tend to check out. I was not doing MY job of being precise.

I am so vigilant when working with other peoples horses, and notice every tiny thing. A flick of the ear, the tendency to keep me in one eye, not being straight, or slightly bent towards the outside of a circle, but it occurred to me today that I have become a bit lazy with my own horse.

Once I realized, I worked at regaining his attention, and got an even more responsive horse. I have had a few issues working with him at liberty with impulsion, he has a tendency to run off, messing about. I had become complacent with him, and I think our liberty work will benefit greatly from this lesson.

How precise are you?

Hes a Great Horse Except…

A Weekend in Achill, Ireland! Day One